Gold is perceived as the ultimate “safe” investment. Historically, it was the capital that could easily be taken with you; it was something relatively easy to carry and recognised wherever you went. In modern times, we have a more straightforward way to take “value” with us when we move from one place to another, but gold remains the “safe” investment during anxious times. It is the easy refuge for your saving, the straightforward hedge against a negative impact on your wealth for whatever reason you had to be worried about your capital keeping its value.

When 2022 started, the so-called “first world” was experiencing a post-pandemic rise in the inflation rate. Energy prices were going up; logistics costs were going up, food prices were going up. There is no real direct correlation between a higher inflation rate and higher gold prices, at least when the general expectations for the future are relatively optimistic and upbeat. Throw in some level of anxiety for the future, and the picture changes. At the beginning of 2022, rising energy prices provided that “level of anxiety” coupled with a higher inflation rate; then, Russia’s Army entered Ukraine 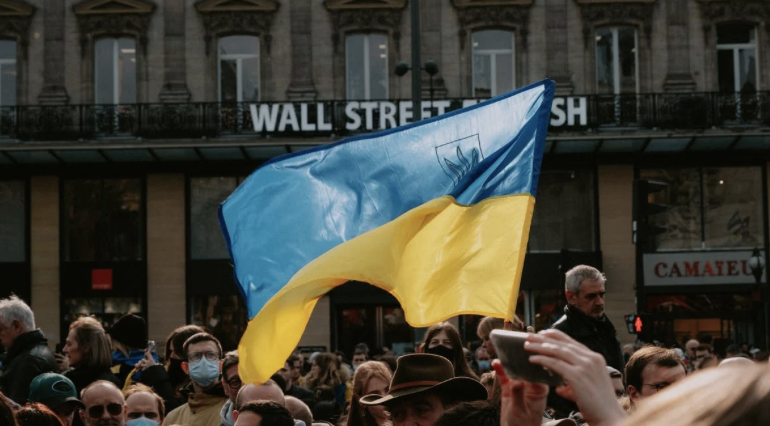 A war that could potentially destabilise the global economy provides the “level of anxiety” that sends investors to gold, starting an upward price trend. Unprecedented economic sanctions on Russia brought havoc on commodity prices; the London Metal Exchange took the extraordinary step of suspending nickel related transactions, something that had never happened before.

Russian extracts 10% of the global production of nickel, has the tenth largest untapped reserves of gold, is the sixth producer of gold, and provides natural gas to many countries in Europe. It is also one of the largest world oil producers, and overall it accounts for almost 14% of the world's total mineral extraction. Sanctions made it difficult to trade with Russia; therefore, supply decreased when there was already a rising trend in demand. A reduced supply and rising demand would mean rising prices even before we factor in the increasing level of anxiety and uncertainty brought about by the war. It is a “benevolent” perfect storm for gold; its “benevolent” nature depends on whether you have already invested in gold or are thinking of investing in gold. 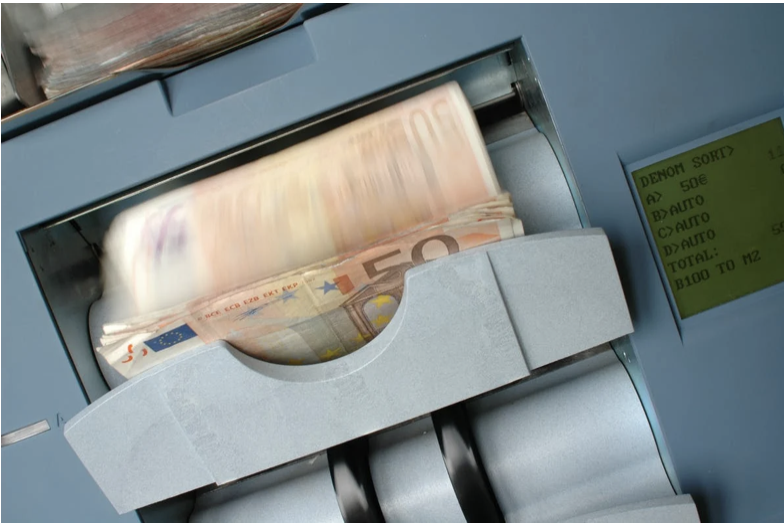 The war in Ukraine is not the only “anxiety” factor globally. The largest economies in the world are coming out of two challenging years; it will take time for the gears of the global economy to run as smoothly as they were before the pandemic. There are theories about what will revert to pre-pandemic ways and what was more permanently transformed by two years of lockdowns, working from home, logistics issues, etc.  Different industry sectors are expected to get back into gears at a different speed. Also, the pandemic will taper off at different rates in other countries; it will take time for confidence to replace uncertainty. Inflationary fears “alone” pushed the price of gold beyond USD 2,000 per ounce, the end of the Ukraine war – whenever it happens – will not calm those fears. The risk of inflation was not triggered by the Russian army entering Ukraine, and it will not go away once the conflict ends. 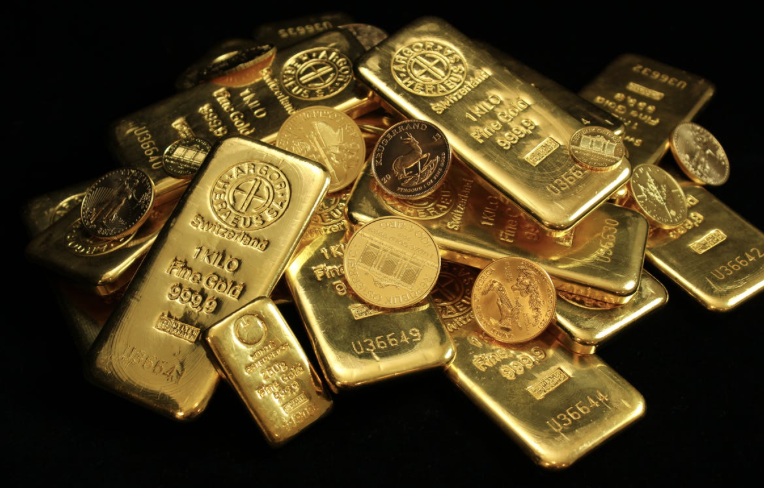 Historically, gold has always been a safe haven in times of uncertainty. Whenever people thought they might have to run for their lives, they converted some of their wealth into gold, coins or jewellery. Their value and size meant it was relatively easy to take with them, it did not take much room amongst whatever possession they could take with them, and it was something that could be sold wherever they ended up. This has entrenched the role of gold as safe haven in the people’s imagination. Even those who have minimal experience in finance are aware that gold is a way to protect their wealth in uncertain times. Even when ownership of gold was restricted, like in the United States between 1933 and 1974, ownership of jewellery or gold coins was not. Interestingly enough, even in countries where it has always been legal to own gold bars, buying jewellery and gold coins has always been considered an investment. With gold ingots readily available, it has become possible to put more of one’s wealth into gold in times of uncertainty.

In the short term

In the short term, the price of gold is primarily a question of supply and demand. There are two components to the short-term demand for gold; the first one consists of the “use” demand for jewellery, medals, electrical parts etc. The second is the “asset” demand for gold as an investment. This demand is based on several factors, including dollar exchange rate expectations, inflationary expectations, “fear”, the returns on other assets and the lack of correlation with other assets. On the other hand, in the long run, the price of gold is expected to rise in line with inflation and act as an inflation hedge essentially because the long-term price of gold is related to the marginal cost of extraction. If the cost of production rises at the inflation rate, the price of gold will rise at the same rate.

Opinion differs on the trend of Gold Price for 2022 and beyond. In February, John Teves, precious metals strategist at UBS, was quoted in a Fortune article saying that the gold strength should ultimately be short-lived. That was before Russia invaded the Ukraine. In March, a Goldman Sachs analyst stated that gold might reach USD 2,500 per ounce in 2022, a marked increase from the January prediction of USD 2,150. Those two assessments could exemplify the two different positions taken by financial analysts.

A recent article published by Capital.Com shows other assessment from analysts of major financial institutions, they are an indication of how much opinions vary:

The reasons why the price of gold was going up at the beginning of 2022, inflation, expected low growth linked to economic issues still lingering from 2021 (logistics, staff shortage, inflation, etc.) will most likely still be there even when the situations in Ukraine will be sorted out. So even if there is a short term fall in prices, the overall trend compared to 2021 should still be positive.

However, the negative effect from these two drivers may be offset by other supporting factors, including:

In this context, gold's performance in 2022 will be determined by which factors tip the scale. However, gold's relevance as a risk hedge will be especially important for investors. 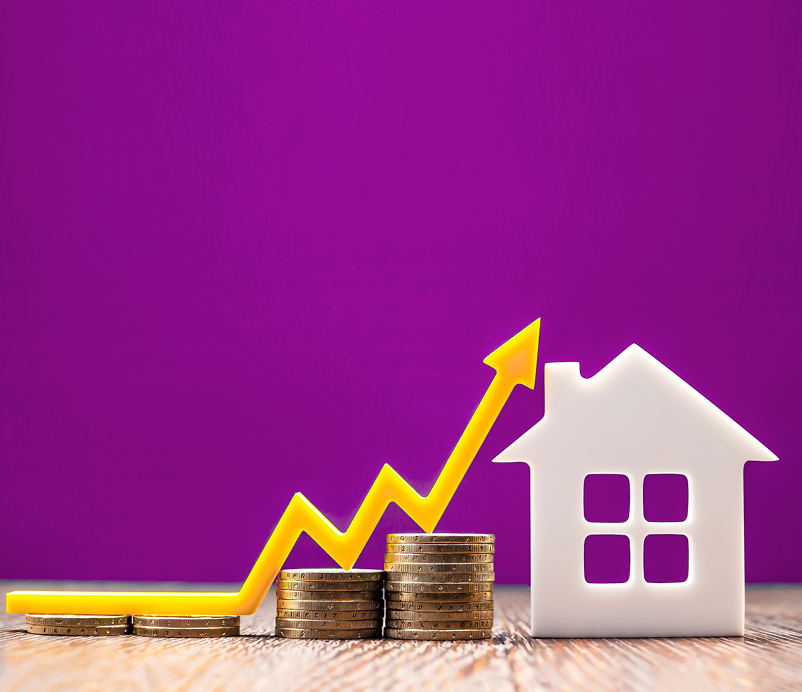 Why Are Inflation Levels Rising?
Sign up to our newsletter